Creating interactive activities out of the stories we love is a passion of mine!  And sometimes during my journey of creativity I spy that I am not alone in this adventure of creation.  Miss Sara’s Storytime Blog posted one of her Pete the Cat creations on her blog site that turns Pete the Cat and his Four Groovy Buttons into a story about Ginger Pete and his GumDrop Buttons.  And it goes something like this…

I was making some gingerbread men the other day and decided that I needed to make one of my favorite book characters: Pete the Cat!  So, I rolled out the gingerbread, cut the shape, and added some peppermint sticks for the whiskers.  But, he needed a little something else, so, I gave him some gumdrop buttons.  (I will have the kids count them as we put them on Pete.)

But, those buttons looked so tasty.  And, I really love gumdrops…so…I ate one!

And so the story will go.  When there is one gumdrop button I will tell them, ‘he looks silly with just one button, might as well eat that one too!’  And Ginger Pete cried:

My buttons, my buttons,
You ate ALL my gumdrop buttons!
Poor Ginger Pete seemed really sad.  I felt a little bad about eating all of his yummy buttons, so I went and found some new buttons for Ginger Pete.  That made him so happy he sang a new song:

As always have fun! 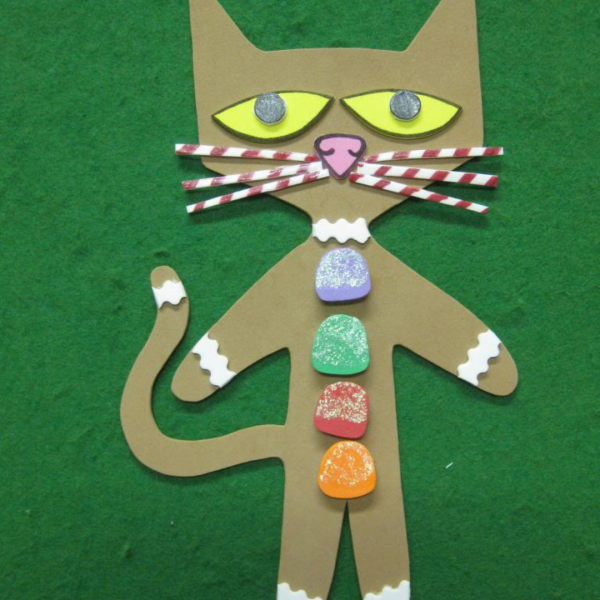